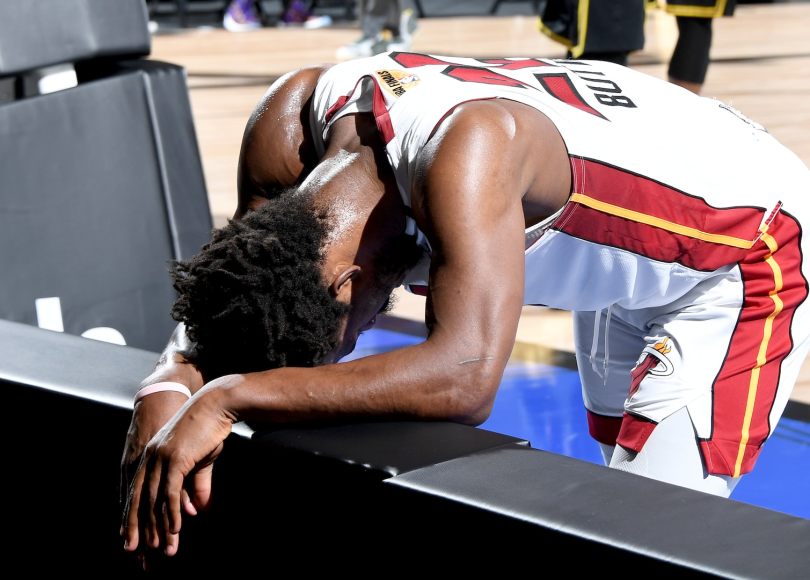 The third iteration of the mega-draft is where things get insanely difficult. The rest of this draft could devolve into a really boring game of “what about this guy”. The remainder of the draft also doesn’t have the established hierarchy that the top 100 does, which is what makes it fun. There’s 4,000 players that you could conceivably take in the 150-450 which will inevitably lead to taking huge reaches and guys who should have gone in the top 120 falling to 220. So sit back, relax, and don’t get pissed off at the next two rounds.

Round 5: The “should have been round three ” guys

Just give the Pacers their championship now as long as they keep him off of cocaine.

How did Hall of Famer Billy Cunningham fall to 122nd? Maybe we aren’t the best at this.

Continuing the all offense no defense theme in Utah.

One of the most overlooked stars of the last 15 years. Even most NBA fans probably wouldn’t guess that Aldridge made seven All-Star teams and five All-NBA teams.

Draymond, Westbrook, Bird, and Cowens on the same team is a recipe for disaster. Hopefully Joe Johnson can keep the peace.

Not bad being Michael Jordan’s idol growing up.

Reunited with his point guard in Phoenix, Kevin Johnson this team is going to get out and run (except for Shaq) and score a shit ton of points..

Being the second best to your older brother is never fun (John can attest to that) but you can live with it if you’re Marc Gasol.

One of the best defensive forwards ever, Bobby Jones should slot nicely next to Dikembe in the front court.

Reunited with his best friend Kyle Lowery. Maybe this time they can actually win a championship together.

If this were a list of the best players in NBA history Arizin would be 60 spots higher. This pick is proof that we have recency bias.

As good at singing as he was at basketball.

Just waiting for Butler to take the scrubs and kick Dwight Howard’s ass in a scrimmage and immediately call Rachel Nichols.

The big beer Mavs finally got the point guard they desperately needed.

This might be the weirdest mix of players through five rounds.

The original “The Jet” long before Kenny Smith or Jason Terry.

Just another guy who won championships with Boston in the ’60s.

An integral piece of the early Showtime Lakers dynasty.

How ironic that the anti-vaxxer is going to Portland.

What could have been had Roy’s knees held up.

Ben Wallace and Derrick Rose are the most interesting people to team up with three old-timers.

Great choice John, Ralph Sampson’s son tried to cheat off my test once, what does that say about your integrity picking parents like this?

Sabonis would be top 50 if he would have been allowed to go to the NBA in his prime.

Scottie Pippen is going to get murdered.

Injuries derailed his career, but I still don’t feel amazing about this one.

His son is the king of Twitter apparently, @KingJosiah54

Round 6: The “Should have been round nine” guys

The reason why LeBron left Cleveland the first time.

Nobody knows who this is and that’s perfect for the Knicks.

Playoff Rondo would have been top-25.

Almost started a shootout in the locker room, and his career ended shortly after.

Hard to believe this guy used to be the most electrifying guard in the league.

Had the bad luck to play for the post-Jordan Bulls and Clippers in his prime.

Apparently really popular in Australia in the late ’80s.

Best defensive player of this generation.

Some people think he should make the Hall of Fame which is a stupid take.

This might be the first person who was taken 100+ spots ahead of where he should have been taken.

One of the best sixth-men of all-time.

Big Dog might be the most forgotten about number one overall pick ever.

A big part of the 1978 Blazers championship team.

For both of our sakes, KAT better be the MVP this season.

I’m not even sure this guy was actually a real NBA player in the ’50s.

Momma, there goes that man.

A dominant player in the ABA was pretty good when he made the transition to the NBA.

Just hitting his prime before he died in a car accident.

Once upon a time Deron Williams was thought to be better than Chris Paul.

John decided to pick with his heart this round and it’s not going well.

Five years ago Cousins could have been scratching the top 100.

He hated living in Minneapolis so I can’t imagine he’s going to love Milwaukee.

I don’t think anyone would believe if I told you that Eddie Jones was a three-time All-Star.

The mask is back.

Kemba was on his way up this list until injuries slowed his career progression.

Robert Horry is the greatest modern champion in NBA history.