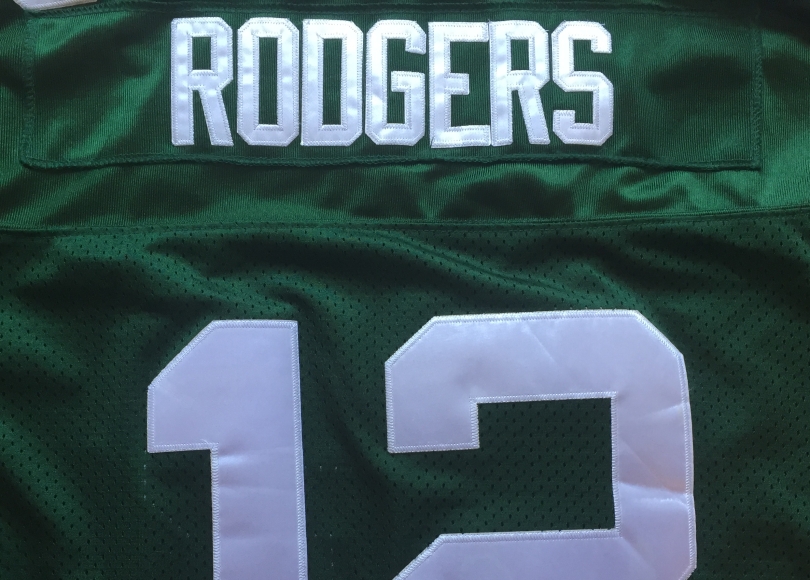 Aaron Rodgers may be under the biggest microscope of his NFL career this season after the Green Bay Packers drafted his heir apparent Jordan Love in the first round of the NFL Draft. Now it’s Rodgers’ turn to respond on the field, if and when the NFL season commences after the coronavirus pandemic (hopefully) dissipates.

Rodgers led the Packers to a 13-3 record last season, a rebound of sorts as Green Bay made the playoffs for the first time since 2016. The two-time MVP could not overcome a much stronger 49ers team in the NFC Championship as San Francisco smoked the Packers 37-20 to secure a birth in the Super Bowl. That dropped Rodgers to 1-3 in his career in NFC Championship games. Now it seems like his own franchise may be looking to the future with the Love pick, placing Rodgers in the center of the media’s eye this season.

He has two ways to respond this season. The chip that’s always been on Rodgers’ shoulder, that most likely just got a lot bigger since the draft, could fuel him to a career renaissance and lead him to return to his MVP peak he enjoyed between 2011-2014. The other scenario is that the media and fan scrutiny becomes too much and the 36-year-old Rodgers folds under the pressure and continues to decline, paving the way for Love to supplant him as the started after two more years.

After slipping to the Packers at 24 in the 2005 draft, Rodgers has played his whole career with a fuck you attitude fuelling his out of this world talent. This new perceived slight could be just what Rodgers needs to rejuvenate his career. Looking at the numbers, 2019 wasn’t Rodgers’ best season by far, but it’s not all that far off from elite production. Rogers is still the best quarterback in the league at protecting the football having only thrown six interceptions over the last two seasons. With second-year Head Coach Matt LaFleur scheming new ways to get his receivers open, Rodgers could unlock a new level of the current Packers offense. Last season his favorite target Davante Adams went down and missed four games while still almost reaching 1,000 yards. Running backs caught 8 of Rodgers’ 26 touchdown passes in 2019. Aaron Jones and Jamaal Williams both return in contract years. Both backs could have an increased roll catching passes out of the backfield in 2020.

The argument for Rodgers’ demise will revolve around his temperament, and perceived lack of offensive talent this season. At times in his career Rodgers has been know to be a bit prickly and had a very bad falling out with former coach Mike McCarthy. If anything similar manifests with LaFleur, things could go downhill quickly in Green Bay. The supporting cast around Rodgers is also quite thin. Adams is his only reliable receiver, with no real option at tight end after the release of Jimmy Graham. The hesitation to surround Rodgers with high-end talent could be the organization and quarterbacks eventual downfalls.

Rodgers is 36-years-old and will turn 37 during the season. Whatever happens to one of the best quarterbacks of his generation this season, every move he makes in 2020 will undoubtedly be picked apart in every way possible.